On the back of a positive business outlook, Gokdaldas Exports’ stock hit an all-time high of Rs 505.65 on the BSE in intra-day trade on Wednesday. The company’s stock, which is in the textiles and apparel business, has surpassed its previous high of Rs 488, which it reached on May 5, 2022. It has outpaced the market by 30 percent in the last month, compared to a 4 percent fall in the S&P BSE Sensex.…

Due to growing violence, Sri Lanka will be under a statewide curfew starting this evening

Uber reported a net loss of $5.9 billion owing to unrealized losses from holdings in Didi Global, Grab Holdings, and Aurora Innovation, but provided a good earnings projection for the current period. It indicated that the firm intends to capitalize on strong ride demand without jeopardizing earnings by focusing on product upgrades rather than incentives to overcome the driver shortage.

The ride-sharing and delivery company forecasted second-quarter gross bookings of $28.5 billion to $29.5 billion and adjusted earnings before interest, tax, depreciation, and amortization of $240 million to $270 million. The upper end of both ranges outperformed the average analyst forecast. 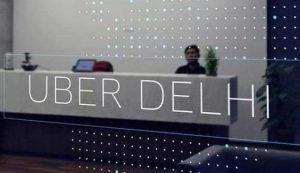 Uber‘s positive results contrasted with rival Lyft’s poor prediction on Tuesday, which indicated that the driver shortage that has plagued both ride-hailing businesses for the past year will continue into the second quarter. In extended trading, shares fell as much as 27% after Lyft said it would increase spending on driver incentives to bring the number of drivers on its marketplace back into balance with rebounding rider demand.

Uber’s estimate comes after revenue increased 136% to $6.9 billion in the first quarter, the firm said in a statement on Wednesday.

Adjusted Ebitda earnings were $168 million in the quarter, exceeding the $135 million projected by analysts.

Oil gains 0.3% as a result of EU sanctions against Russia and a potential crude ban.

Due to growing violence, Sri Lanka will be under a statewide curfew starting this evening